Granuloma faciale treated with the pulsed-dye laser: a case series.

Treatment of hemorrhagic lymphatic malformation of the tongue with a pulsed-dye laser.

Does pulse stacking improve the results of treatment with variable-pulse pulsed-dye lasers?

: Pulsed-dye laser treatment has been shown to be highly effective for the treatment of facial telangiectasia. Posttreatment purpura after such treatment has limited patient acceptance of the procedure.
OBJECTIVE:

: This was a prospective, randomized, controlled, nonblinded trial. Eleven patients received variable-pulse pulsed-dye laser treatment with and without induction of purpura. Telangiectasia were graded on a "telangiectasia density scale," on which a 1 signified extremely fine, sparsely distributed telangiectasia, and 5 referred to thick, ropelike telangiectasia covering the affected area. For each subject, two areas on either side of the facial midline with equivalent telangiectasia density ratings were randomized to the purpura and purpura-free treatment groups, respectively. All treatments used a 7-mm spot size and a 10-ms pulse duration. The fluence associated with the purpura threshold for each patient was determined in test areas. Purpura-free treatment entailed a fluence 1.0 J/cm2 less than the purpura threshold, and purpura-level treatment entailed a fluence 0.5 J/cm2 greater than the threshold.
RESULTS:

It has been suggested that multiple stacked pulses of lower fluence may have a similar effect on targets as a single pulse of higher fluence. When treating vascular lesions, increasing the fluence beyond a certain point will increase the risk of purpura given a constant pulse duration. Stacking pulses of lower fluence may have the advantage of heating vessels to a critical temperature without creating purpura.
OBJECTIVE:

To determine whether stacking low-fluence pulses of a variable-pulse pulsed-dye laser would improve clinical results without significantly increasing side and adverse effects.
METHODS:

Twenty-five patients between the ages of 18 and 65 years with facial telangiectasia and skin types I-IV were enrolled in the study. For each subject, the cheek or nasal ala areas on either side of the facial midline with similar telangiectasia density ratings were randomized to single pulse and multiple stacked pulse groups. One side of the cheek or nasal ala was treated with single nonoverlapping pulses with the Candela Vbeam 595-nm pulsed-dye laser. The opposite side of the cheek or nose was treated with the same parameters but with three or four pulses stacked on top of each other at a 1.5-Hz repetition rate. Patients were asked to rate the pain of the procedure on each side on a 0 to 3 scale. Investigators rated the erythema and edema after the procedure as well as vessel clearing and overall telangiectasia density scale at 1 and 6 weeks after the procedure.
RESULTS: 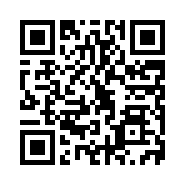