Radiofrequency currents are commonly used in dermatology to treat cutaneous and subcutaneous tissues by heating. The subcutaneous morphology of tissue consists of a fine, collagenous and fibrous septa network enveloping clusters of adipocyte cells. The architecture of this network, namely density and orientation of septa, varies among patients and, furthermore, it correlates with cellulite grading. In this work we study the effect of two clinically relevant fibrous septa architectures on the thermal and elastic response of subcutaneous tissue to the same RF treatment; in particular, we evaluate the thermal damage and thermal stress induced to an intermediate- and a high-density fibrous septa network architecture that correspond to clinical morphologies of 2.5 and 0 cellulite grading, respectively.

We used the finite element method to assess the electric, thermal and elastic response of a two-dimensional model of skin, subcutaneous tissue and muscle subjected to a relatively long, constant, low-power RF treatment. The subcutaneous tissue is constituted by an interconnected architecture of fibrous septa and fat lobules obtained by processing micro-MRI sagittal images of hypodermis. As comparison criteria for the RF treatment of the two septa architectures, we calculated the accumulated thermal damage that corresponds to 63% loss in cell viability.

Electric currents preferentially circulated through the fibrous septa in the subcutaneous tissue. However, the intensity of the electric field was higher within the fat because it is a poor electric conductor. The power absorption in the fibrous septa relative to that in the fat varied with septum orientation: it was higher in septa with vertical orientation and lower in septa with horizontal orientation. Overall, maximum values of electric field intensity, power absorption and temperature were similar for both fibrous septa architectures. However, the high-density septa architecture (cellulite grade 0) had a more uniform and broader spatial distribution of power absorption, resulting in a larger cross-sectional area of thermal damage (≈1.5 times more). Volumetric strains (expansion and contraction) were small and similar for both network architectures. During the first seconds of RF exposure, the fibrous septa were subjected to thermal expansion regardless of orientation. In the long term, the fibrous septa contracted due to the thermal expansion of fat. Skin and muscle were subjected to significantly higher Von Mises stresses (measure of yield) or distortion energy than the subcutaneous tissue.

Radiofrequency (RF) energy exposure is a popular non-invasive method for generating heat within cutaneous and subcutaneous tissues. Subcutaneous fat consists of fine collagen fibrous septa meshed with clusters of adipocytes having distinct structural, electrical and thermal properties that affect the distribution and deposition of RF energy. The objectives of this work are to (i) determine the electric and thermal effects of the fibrous septa in the RF heating; (ii) investigate the RF heating of individual fat lobules enclosed by fibrous septa; and, (iii) discuss the clinical implications.

We used the finite element method to model the two-dimensional, time-dependent, electro-thermal response of a three-layer tissue (skin, subcutaneous fat, and muscle). We considered two different configurations of subcutaneous fat tissue: a homogenous layer of fat only and a honeycomb-like layer of fat with septa. Architecture of the fibrous septa was anatomically accurate, constructed from sagittal images from human micro-MRI. For a large electrode applied to the skin surface, results show that the absorbed electric power density is greater in some septa than in the surrounding fat lobules, favoring the flux of electric current density. Fibers aligned parallel to the electric field have higher electric flux and, consequently, absorb more power. Heat transfer from the septa occurs over time during and after RF energy delivery. There is a greater temperature rise in fat with fibrous septa. 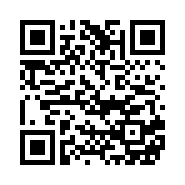